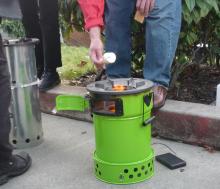 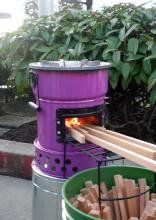 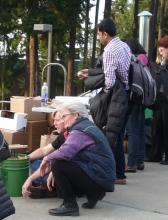 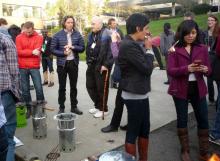 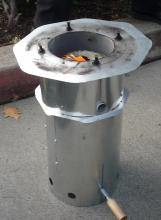 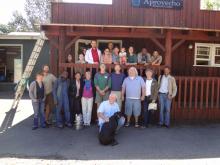 “Great Stoves” to meet the Global Alliance standards for clean, efficient, and safe cooking.”
Co-hosted by InStove, Aprovecho Research Center, and Paul “Dr. TLUD” Anderson
The Global Alliance for Clean Cookstoves is establishing standards, and this summer’s stove camp is going to focus on the design and delivery of stoves that meet them. We will be looking at the various proposed tiers of stove performance and see which stoves fall into what classifications. We’ll also be exploring design considerations for producers who are interested in building top-tier stoves.

Schedules will be available in early June.
For details, email Stella Strother-Blood at: Stella@instove.org. or Mike Hatfield: apromike@gmail.com

Aprovecho's larger stoves - the instiutional stoves group, have now branched out and become

They are using the same rocket stove, and have perfected a 60L stove for institutional stove.

They are focusing on schools and other institutions, and have attached an autoclave for hospital and clinic use.

They've found a way to do "Stove factory in a Box", and have perfected a way to build the stove with local labor, and with all tools provided in the factory box and requires only a small generator to operate long term. AIR JORDAN

A couple of the presentations from the ASEAN-US NEXT-GENERATION COOK STOVE WORKSHOP, November 19, 2009.

One is a great study by Dr. Modi of Columbia University of several stoves in Tanzania, and the other is some useful info from Tami Bond. Kirk also gave a very useful presentation, but unfortunately it was not included in the proceedings.

The Belizean Justa Stove
A Step by Step Construction Guide in English and Spanish
Sebastian Africano for Trees water and People, February 2009

Attached are pdf files of the guides in english and Spanish. 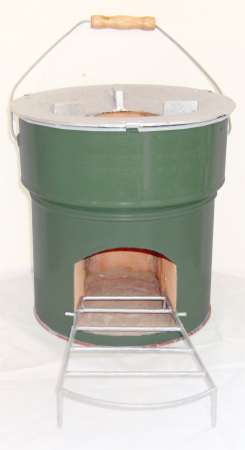 How to Make a Tin Can Rocket Stove