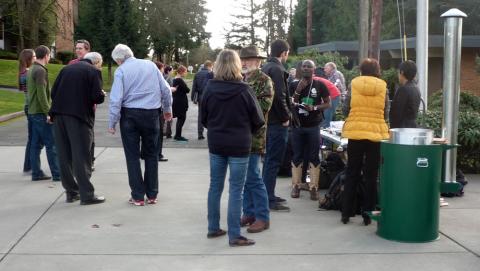 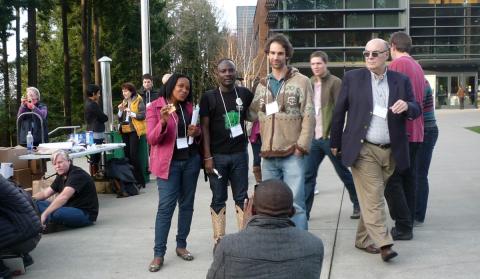 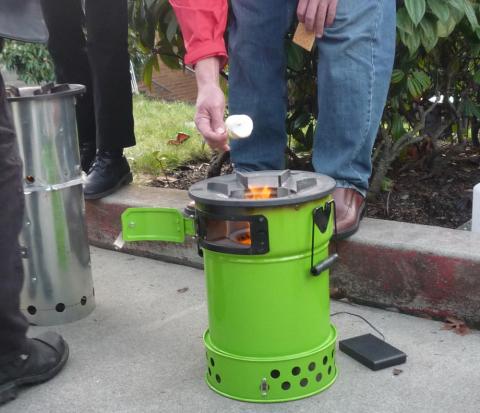 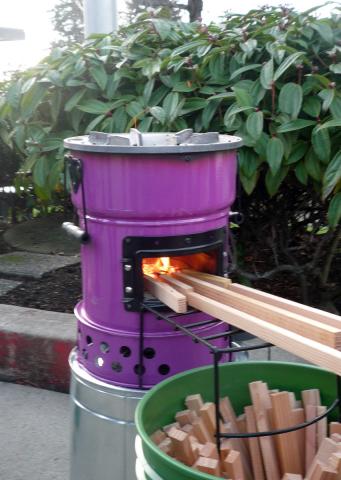 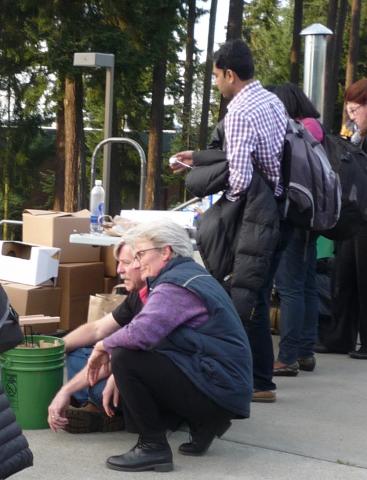 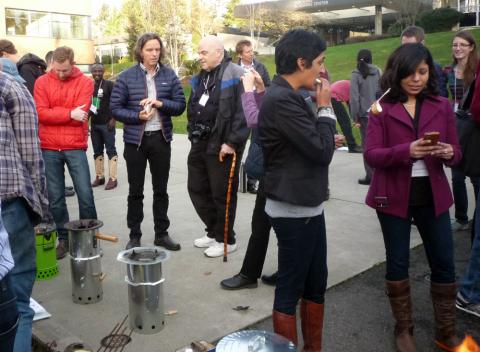 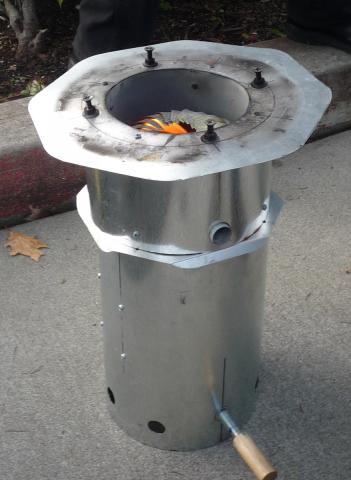 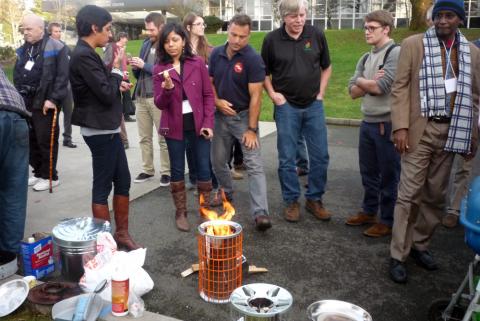 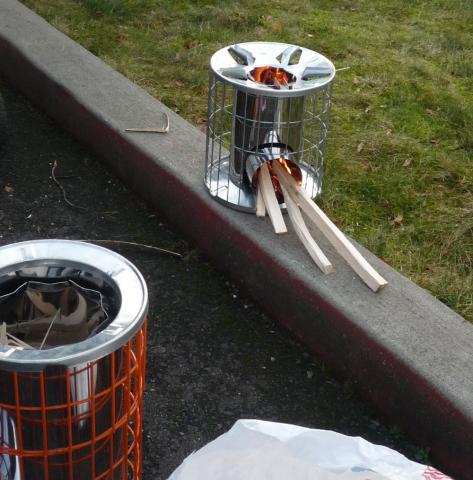 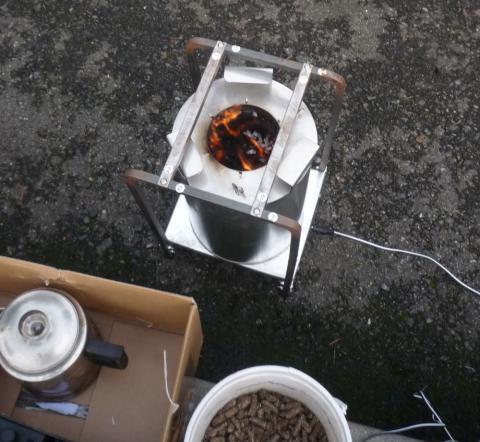 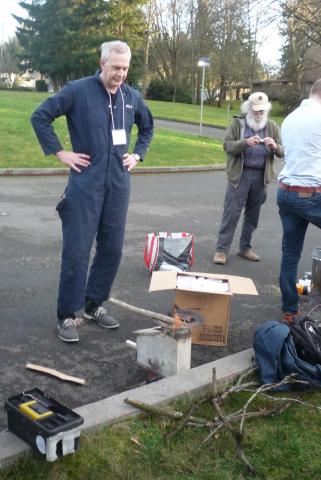 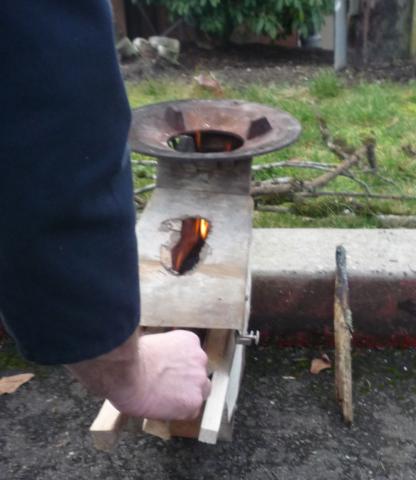 Some faces from the next crowd picture include Peter Scott with Burn , see http://www.burndesignlab.org and Seema Patel with the Global Alliance for Clean Cookstoves http://cleancookstoves.org/

The next stoves are TLUD style Stoves see http://www.drtlud.com/
including Kirk Harris's TLUD stove with a novel Wonderwerk Strata Combustor
http://stoves.bioenergylists.org/content/wonderwerk-strata
The Kirk Harris stove has a modified dome design concentrator just under the pot rest.

The very groovy orange stove is the Rocket Works stove http://www.rocketworks.org/ and it was a pleasure to see how that stove has evolved over the last couple of years.

Unfortunately, I missed taking photos of Jon and Flip Anderson's Rocket baking stove. They were making chocolate bread in it, that was delicious, and I clean lost my head and forgot to take photos.

The final couple of pictures are of Dale Andreatta's inner chamber of the Rocket Stove with a viewing window that he's been tinkering with. The concept is simple, allow the person operating the stove to have a window to quickly check the progress of the fire from a distance. Larry Winiarski noted that improving the mass of the stove under the rest for the fuel sticks also helps retain heat in the combustion chamber and reduces the need to constantly feed or tinker with the stove.

I've attached the program to give you an idea of the breadth of the discussion. There were a lot of conversations about improving stoves through lowering particulate emissions, and reducing CO in the lab, an update on the ISO process for clean cookstoves, and some really fantastic detailed sessions about user adoption of stoves, the differences in communities between stoves where there is and is not stove adoption, availability of stoves, and wonderful insight from Cecil Cook about cook stove programs in Indonesia.