For over two years we have been telling people that in two weeks or so we hope to have the mud Rocket Stove website updated. It finally happened. Flip has worked countless hours on this. This morning she shouted out, "The baby is born!"

Thanks to Larry Winiarski for all the mentoring and watching over us. Without Larry and the Good Lord this would have never happened. http://www.rechoroket.com/Home.html

TChar Technology for Cookstoves: Part B: Construction has been released. It is available for download at:
http://drtlud.com/
The TChar is a TLUD which lifts off at the end of the gasifier phase to drop char into either a charcoal stove bottom for continued use as cooking charcoal or a quench base for later use as charcoal or biochar.Chaussures Homme J.M. Weston 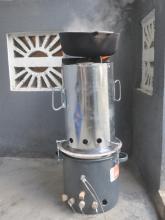 The TChar(tm) stove is a TLUD stove that lifts off at the end of the gasification stage to drop the charcoal into a T-base(tm): a charcoal stove to continue cooking with the charcoal created or a quench base to save the charcoal for biochar or other use.
Download Part A of TChar Technology for Cookstoves at:
http://drtlud.com/『アディダス』に分類された記事一覧

Flip and Jon Anderson,updated May, 2010 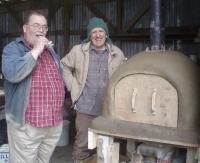 Flip and Jon Anderson put together a beautiful earthen oven that's powered by a Rocket stove. They've got all of the details on their picassa photo album:
https://picasaweb.google.com/Jonnygms/RocketOven#slideshow/5598633235210438450 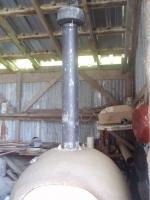 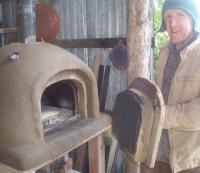 They were inspired by Kiko Denzer's book Build your Own Earth Oven to build the supports with apple pruning into an inverted basket, and then mix the clay and straw to put over it. This was done on a wonderful earthenware support built on top of simple framing to elevate the oven to allow for the rocket stove underneath.

Larry Winiarski offered suggestions and tweaks to improved the efficiency of the stove, and Flip and Jon report that it makes a beautiful pan of rolls and marionberry pie, with very little wood, and can also boil water off the top of the chimney. Nicely done. 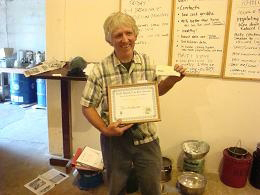 For the first time at one Internet location, the basics of "Top-Lit UpDraft" (TLUD) micro-gasification are available along with numerous links to source documents. This "TLUD Handbook" is a "draft for
discussion" and this is the 2010 copy of the Handbook.

From Willie to Richard: A Family of Tincanium Stoves

From Willie to Richard: A Family of Tincanium Stoves
Paul Anderson,Hugh McLaughlin

A Power Point Presentation presented at the 2010 ETHOS Conference. It is a bit "tongue in cheek."