Construction of the Justa Stove

Step By Step Instructions for building a Justa stove by Jim Wilmes, Unafamilia, volunteer for Aprovicho and Trees Water and People

1. INTRODUCTION: EVALUATION OBJECTIVES
Around the world, conflict and natural disasters have displaced millions of people. Displaced populations fleeing to settlement camps and seeking safety in host villages often put great stress on natural resources, leading to environmental degradation and conflict with local populations. One of the greatest needs of people affected by crisis, be they displaced, settled, or on the move, is firewood or some other type of fuel to cook their food, heat their homes, and treat water for drinking and food preparation. The risks endured (especially by women and children) collecting scarce wood resources constitute some of the most challenging and serious protection concerns both in IDP camps and in villages where conflict over resources is high. 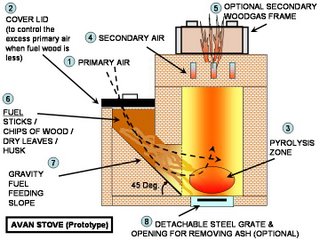 Avan (Earth) Stove
Avan (Earth) Stove http://e-avanstove.blogspot.com/ has the features of both Rocket stove and Woodgas stove. It is made up of 25 nos of ordinary bricks, four bricks with slits, one piece of flat tile, one steel grate 7x7 inches and Clay mixed with cow dung. The approximate cost of construction is $ 2 (USD). All types of biomass can be used as fuel (Sticks / twigs / chips of wood / dry leaves / grass / saw dust / cow dung cakes / paddy husk etc.) and advantage of gravity is used for easy and semi-automatic feeding. Designed by Dr. N. Sai Bhaskar Reddy, GEO -Geoecology Energy Organisation http://www.e-geo.org declared as Creative Commons. 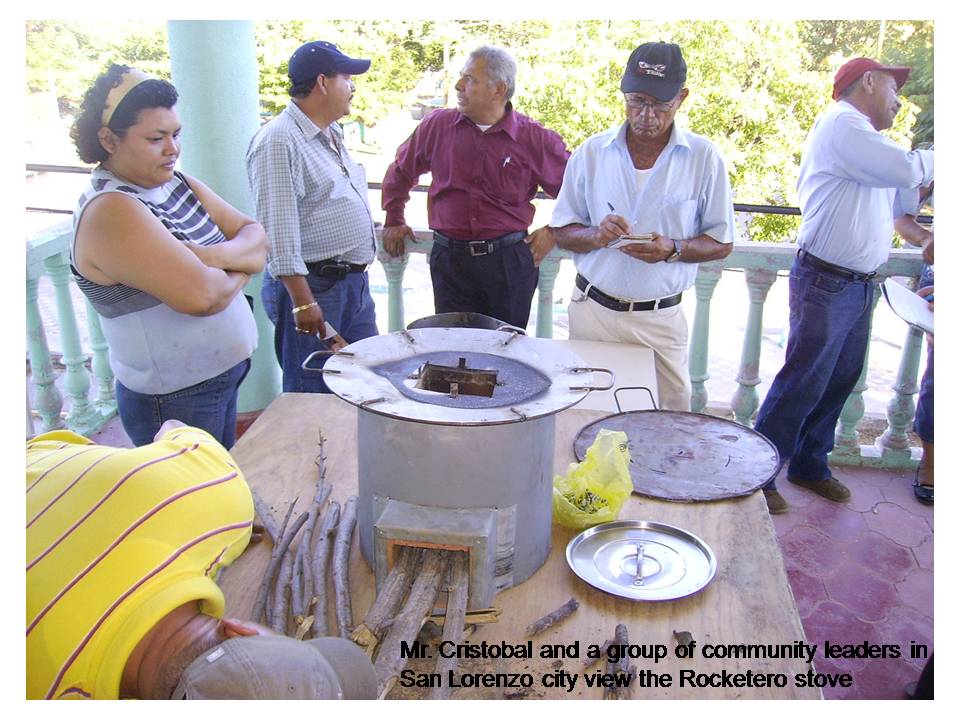 Around the world, conflict and natural disasters have displaced millions of people. Displaced populations fleeing to settlement camps and seeking safety in host villages often put great stress on natural resources, leading to environmental degradation and conflict with local populations. One of the greatest needs of all people affected by crisis, be they displaced, settled or on the move, is firewood or other types of fuel to heat their homes, cook their food, and treat water for drinking and food preparation. The risks endured (especially by women and children) collecting sometimes scarce wood resources constitute some of the most challenging and serious protection concerns both in IDP camps and in villages where the conflict over resources is high.

USAID’s Office of Foreign Disaster Assistance (OFDA) has been one of the key US Government funders of humanitarian agencies implementing fuel-efficient stove (FES) programs in IDP settings. The FES programs are intended to help the agencies accomplish various goals, such as improve food security or decrease deforestation, by reducing fuel consumption. However, the large number of implementers, their varying motives and degrees of expertise, and differing conditions within and among IDP communities have made it difficult for OFDA to determine the relative efficacy of the FES interventions and provide guidelines for USAID-funded entities working in IDP settings.

Therefore, OFDA enlisted the assistance of the USAID Energy Team to undertake a multi-phase evaluation in order to derive “best practices” for future FES interventions. While the primary purpose of this evaluation is to provide guidance to USAID-funded organizations, USAID hopes to inform the broader humanitarian community by sharing the results of the evaluation with them as well. Eventually, the best practices will be developed into a series of recommendations and toolkits for use by NGOs, donors, and other groups operating FES programs in IDP settings.