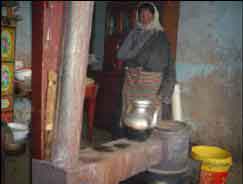 Introduction
Omega Engineering makes a small heat flux sensor, a thin device about 25 mm by 25 mm
with 40 embedded thermocouples, which puts out a voltage proportional to the heat flux
through the device. This device was used to perform a series of experiments designed to
begin to answer the following questions:

Heat flux is defined as heat flow per unit area, and the units are Watts/m2. Another
concept is heat flow, which is the total amount of heat being moved, in Watts. Heat flow
is the integral of the heat flux over the total area, or in other words, the average heat flux times the total area.
In science, it is often useful to compare the conclusions and results with conclusions
drawn from other measurements. If the measurements are consistent, this gives us
confidence that the measurements are accurate. If the measurements are not consistent,
the results may be reported, but the inconsistencies must also be pointed out. In this
report, a rigorous effort will be made to find inconsistencies, both within the data that
was measured, and in comparison with other data that was previously measured.