Production and dissemination of improved pottery stoves: New Lao Bucket and Anagi in the Philippines

Production and dissemination of improved pottery stoves: New Lao Bucket and Anagi in the Philippines

GERES: New Lao Stove Production, Monitoring and Use in Cambodia

GERES reports production of the New Lao Stove(improved charcoal stove for urban areas) for commercialization with no subsidy between October 2005 and September 2006 at 87 999 units for an average of average 7,333 units per month.
100 000 units are planned for the year 2007.

GERES uses the following plan for monitoring stove production and use. 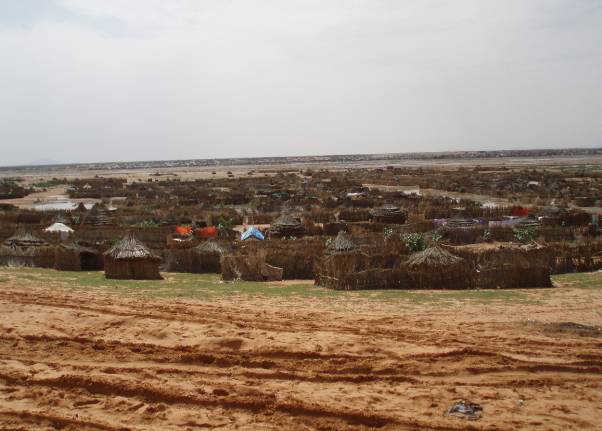 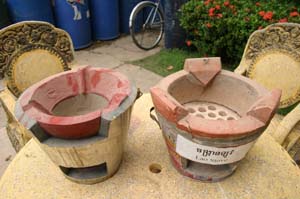 Having come all the way to India to present a paper on this topic (Preliminary Tests on Charcoal Making-
Pyrolysis Gas Burners) it seemed appropriate to at least try and demonstrate the concept. So after the conference I spent two quick days in Phaltan, building, modifying and trying out a oil drum charcoal maker modeled after one I built back in Canada three years ago. 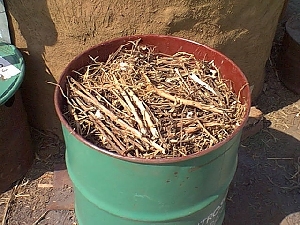 This shows the mostly full drum of cotton stalks. This trial did not work so we moved on to a denser fuel, bamboo. 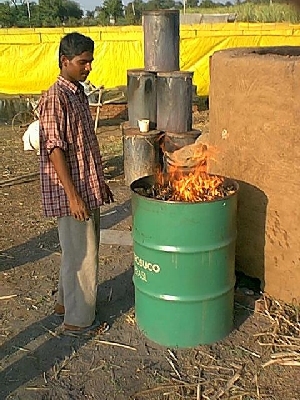 Here the drum full of vertically packed bamboo is ignited on top. The drum has a few dozen small holes in the bottom for
primary air to promote the partial combustion, or pyrolysis of the bamboo. During startup no air is allowed into the drum from
below. The fire on top needs to be burning over the whole surface. Then a small hole is dug in the dirt at the bottom of the drum to allow some air up through the bamboo to the fire on top. This increases the fire intensity and causes the fire to move down into the bamboo below the top. After five or ten minutes the burner can be placed on top. 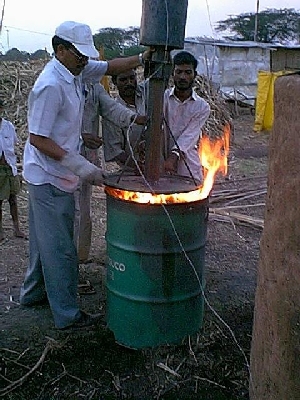 With the burner placed on top the flames are extinguished and the bamboo smoulders or pyrolyses. Notice the small opening in the dirt at the bottom of the drum. 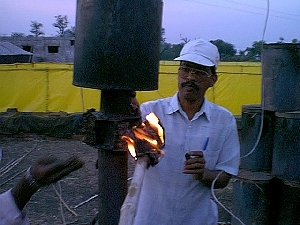 As the United States biomass thermal and power industry continues to expand, new reliable technologies offering higher efficiency solutions must be introduced. The newly introduced EOS series biomass gasification boiler is among the most energy efficient of AESI’s high-performance, low-maintenance biomass energy plants. The EOS series provides thermal outputs ranging from 600,000 BTU/hr to 20 million BTU/hr, and can be staged to provide increased capacity.

Designed and built by the leaders in the biomass waste to energy market in Europe, Uniconfort, the EOS series builds upon over 50 years of experience and over 4000 successful installations throughout the world. When asked about the highly efficient EOS series, CEO of Uniconfort Davis Zinetti notes, “we must not forget that greater efficiency is associated with less CO2 production. Choosing EOS, therefore, means making a choice in favor of the environment.” 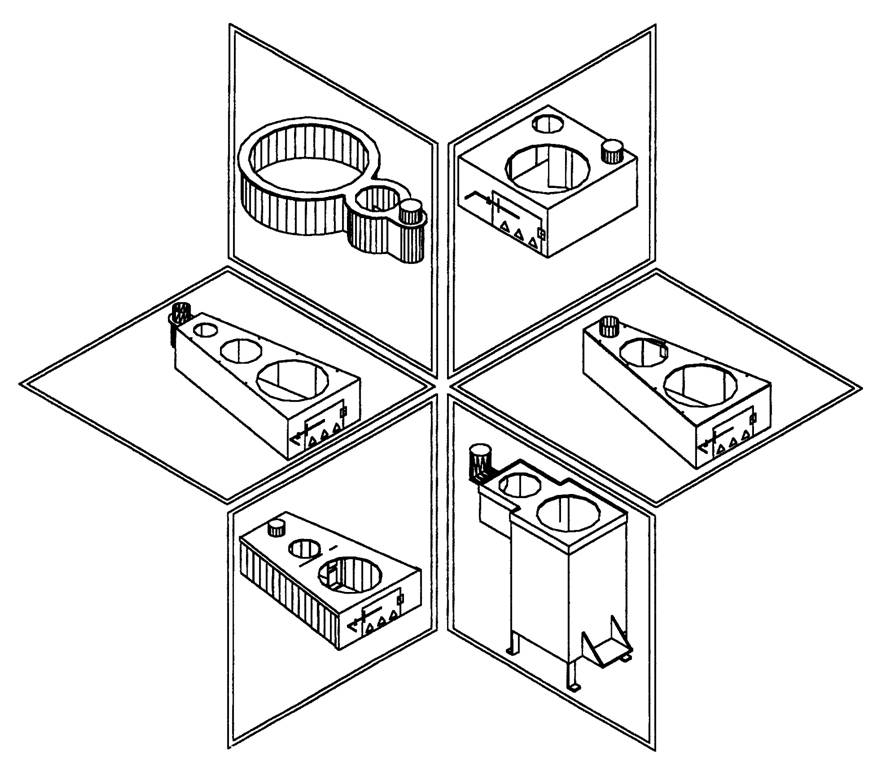