This is a Natural Draft Gasifier stove, that is designed with a central column of air that is designed to burn more common Ethopian fuels, e.g. coffee husk and saw-dust (cow dung binder) briquettes in addition to more conventional wood chips.

the air column is drilled on the surface so as to let additional primary air radially into the fuel at different stages to compensate for air clotting that can occur when run with small sized fuel as you go up from along fuel column. This helps the flaming pyrolysis from being air starved due to interlocking of fuel particles. In addition to that, closely spaced holes of relatively larger size were made near the top of the central air column to supply more hot post‐pyrolysis secondary air. The presence of two hot secondary air admission points is meant to supply enough air while keeping the stove short with reduced heat loss.

Once the stove has enough fuel, it is typically started with wood chips, or an accelerant to help the briquettes light, and then in all of the trials it burned without smoke until the fuel tank was filled with charcoal (typically between 60 and 90 minutes later). This is a biochar-producing stove, the stove does not efficiently combust it. Friability and the composition of the char depended upon the feedstocks.

For an excellent analysis of the stove, and pictures of the biochar, please see the included Report: Results from Preliminary Experiments Conducted on Multi‐level
Primary Air Entry Gasifier Stove

A couple of the presentations from the ASEAN-US NEXT-GENERATION COOK STOVE WORKSHOP, November 19, 2009.

One is a great study by Dr. Modi of Columbia University of several stoves in Tanzania, and the other is some useful info from Tami Bond. Kirk also gave a very useful presentation, but unfortunately it was not included in the proceedings. 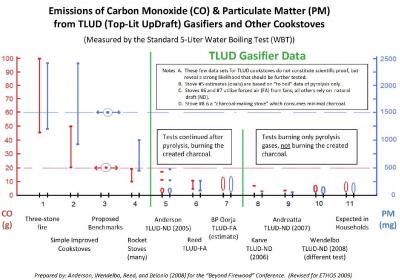 CO warning and measuring for 40$ 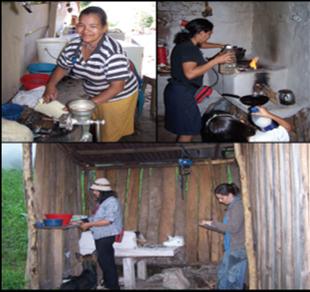 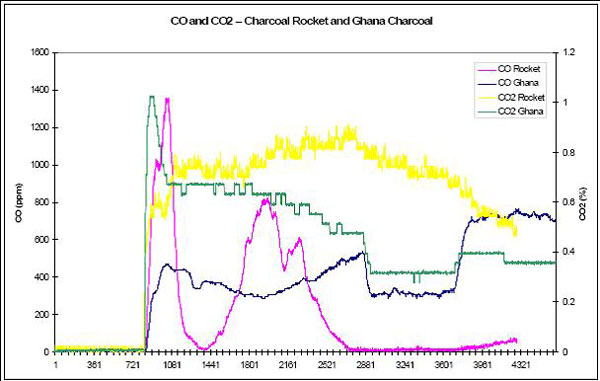