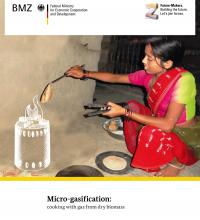 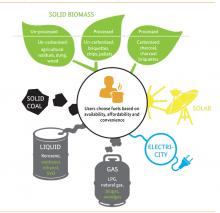 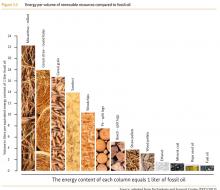 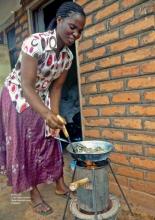 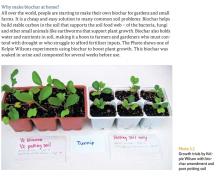 She highlights all of the major micro-gasifier cooking stoves, and includes a new section on biochar, with good, clear graphics and descriptions for how to use biochar.

An essential reference for everyone's cooking stove library, and this is all work supported by the German people through GiZ, we appreciate their support of Christa's amazing work. Nike 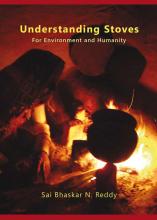 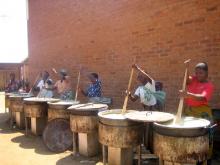 thanks to GiZ (the German people) for making it available to all of us. adidas Yeezy Boost 350 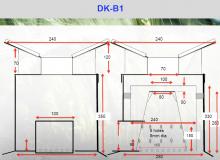 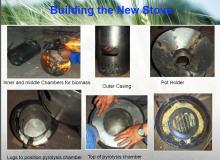 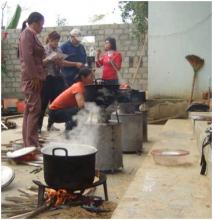 Dr TLUD (Paul S. Anderson) would like to share recent documents about rice husk gasifier technology and its application from Alexis T. Belonio (Professor and Engineer) of the Center for Rice Husk Energy Technology (CRHET).

The Peko Pe TLUD project in Zambia is going well.

" The main principals for our projects I will call it community based participation both for fuel and for stove productions. Utilization of local resources with other words.. The Peko Pe is designed for production by local tinsmith with the tools they might have. They only need a template and a model; they have the knowledge how to make it.

" First of all we discuss the need of changes, and then on the fuel side we start up with registration of alternative biomass for fuel for briquetting, energy forestry for fuel production. We always start with the fuel .to be sure there is sufficient quantities and to an affordable price.

"The charcoal business, which represents about 15 % of the adult population, has to be involved from an early stage of the project. All kind of activities on the household energy sector will in one or another way have an influence of their business, and with biochar we don’t know what will happen, but that is one of the ting we will try to find out. Any how for the charcoal business it is just to change from charcoal to alternative biomass for household energy.

"The energy loss by production of biochar for soil improvement is almost equivalent to the energy needed for the farmer to cook if you include the African way of thinking time is coming not like by us time is running That is a big difference. A household need about 2,7 kg charcoal a day for cooking. Form about 10 kg of dry wood you will get 2,7 kg of charcoal for one day cooking and no biochar. From .10 kg of dry wood you will get 10 kg of woodchips and that will be for 2 ½ day of cooking into a TLUD-ND. and about 2.7 kg of biochar. The pilot project will tell us if this is right or wrong."

" A common Miombo forest in Africa will give about 3 ton wood per ha a year. 3 ton of dry wood will give 800 kg of charcoal. A household of 5 consume 2-3 kg charcoal a day or about 800 kg a year. To produce 3 kg of charcoal you need 10-12 kg of dry fire wood in a common kiln. That will give one day cooking on a charcoal stove, and almost no biochar. 10-12kg dry chopped wood will give 3 days of cooking on a TLUD-ND or another FES and 2.5 kg of biochar
Energy forestry using just the sprouting every year can give up to 10 ton wood per ha a year, easy to cut to appropriate fuel for TLUD-ND’s or other types of FES. By adding some biochar to soil of bad quality 20-30 % increased yields can be obtained, which will give more food, more household energy, more jobs, better economy, better health for women and children and saving the forest. It can probably be as simple as this and is that not some of what we are looking for and need?
We know some changes have to take place on the household energy sector and we have to start somewhere. Why not start with small scale farmers on sandy soil, and from there develop the new household bio-energy strategy for developing countries. Probably also with the charcoal business, they have the whole infrastructure intact and can easy change from charcoal to alternative biomass like chopped wood or pellets from agriculture and forestry related waste. "

Gasifier stove and related work at the Asian institute of Technology

I would be happy to share some publications arising from the following
activities at the Asian Institute of Technology:
1. Sida funded Regional project: An information package (including
construction details) on biomass briquetting machines developed in a
number of Asian countries and design of natural- cross-draft gasifier stoves that can operate continuously is available. The briquetting machines developed
were improvements on standard screw-press heated die design. Cross-flow
gasifier stoves were designed for different sizes; these do not need any
blower and can operate continuously without any smoke.

The briquetting and gasifier stove work I mentioned was carried out under a
Sida-sponsored project at the Asian Institute of Technology (AIT). The
project involved researchers from 12 national research institutes of six
Asian countries, e.g., Bangladesh, Cambodia, Lao PDR, Nepal, Philippines and
Vietnam. The findings of the project were disseminated through national
dissemination seminars in these countries; published "Technology packages"
were distributed widely in the region and are still available for
downloading from the project website. We organized technology transfer
workshops, in which a number of NGOs form the region were invited, on most
of the technologies developed.

(There is no restriction on distribution of the technology packages.)

Unfortunately, the link of the project is not working due to heavy flood in
Thailand; AIT appears to be still under 2 m of water.

2. GTZ funded project on Biocoal: We used the term "Biocoal" (rather than
"Biochar") for charcoal produced from solid organic residues such as
agricultural residues and waste wood. The findings of the project were
reported in a book titled "Biocoal Technology and Economics" by "Regional
Energy Resources Information Center (RERIC)" (email:enreric@ait.ac.th).

The chapters of the 495-page book were:

A few copies of the book are still available with RERIC. A number of
chapters of the book were summarised as journal articles; I will be happy
to
share some of these with interested persons for their personal use and
research purpose.

Other technology packages and published papers of the Sida project can be downloaded from www.retsasia.ait.ac.th. The biomass/stove group may be interested the package on drying, which includes a hybrid drier using solar energy and bioenergy from a gasifier stove, heat output of which could be automatically controlled by using a thermostat.

I also coordinated another regional project (Asian Regional Research Programme in Energy, Environment and Climate, ARRPEEC) funded by Sida in three phases during 1995-2005. One of the 4 projects of ARRPEEC was on biomass. Dissemination booklets of ARRPEEC and some of the papers published can be downloaded from http://www.arrpeec.ait.ac.th

This is a Natural Draft Gasifier stove, that is designed with a central column of air that is designed to burn more common Ethopian fuels, e.g. coffee husk and saw-dust (cow dung binder) briquettes in addition to more conventional wood chips.

the air column is drilled on the surface so as to let additional primary air radially into the fuel at different stages to compensate for air clotting that can occur when run with small sized fuel as you go up from along fuel column. This helps the flaming pyrolysis from being air starved due to interlocking of fuel particles. In addition to that, closely spaced holes of relatively larger size were made near the top of the central air column to supply more hot post‐pyrolysis secondary air. The presence of two hot secondary air admission points is meant to supply enough air while keeping the stove short with reduced heat loss.

Once the stove has enough fuel, it is typically started with wood chips, or an accelerant to help the briquettes light, and then in all of the trials it burned without smoke until the fuel tank was filled with charcoal (typically between 60 and 90 minutes later). This is a biochar-producing stove, the stove does not efficiently combust it. Friability and the composition of the char depended upon the feedstocks.

For an excellent analysis of the stove, and pictures of the biochar, please see the included Report: Results from Preliminary Experiments Conducted on Multi‐level
Primary Air Entry Gasifier Stove

Stove camp on micro-gasifiers in Spanish held in Honduras