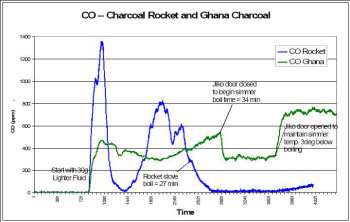 As previously reported, emissions of CO in the Jiko-type stove are reduced when the door is closed. Opening the door to increase firepower, in an effort to maintain simmering temperatures, increased emissions. The rocket stove maintained a full boil during the simmering period.

Temperature above the Combustion Zone and Production of CO 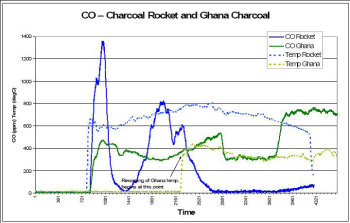 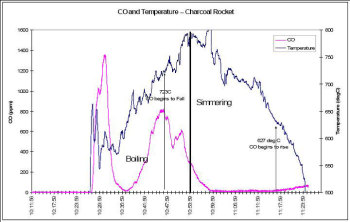