DONALD KEVILUS has uploaded a video of his . well, I guess I can call it a titanium micro-Vesto. It is too small to be a 'mini'!

There is a video of Don at

Lighting the Everything Nice Stove

My favorite method in is to use trailgear555's stick method:

Since my skewer sticks are rather thin and it is below freezing, I spread pieces from a crunched tea light candle at the bottom to ensure a single match lighting.
Skewers are bone dry so it works well by placing the sticks on the can first and just light the top of the pile.

Video from my experiment: 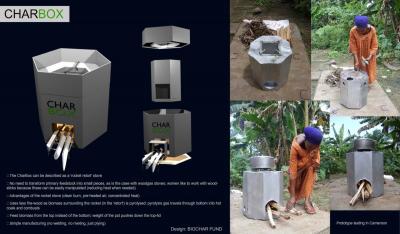 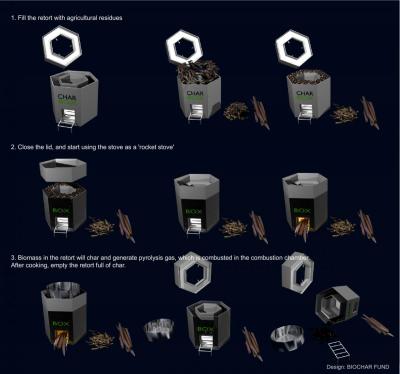 we've designed a new biomass stove that produces char. The stove is a simple hybrid of a rocket stove and a retort. We would be glad if you could upload it to the stoves list, because we want to see what the community thinks of it. It is only a concept, even though we've tested some basic design steps.

We will be testing this design at our large biochar site in Congo, where our project soon kicks off.