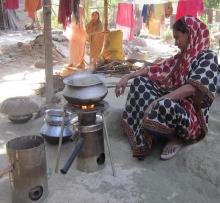 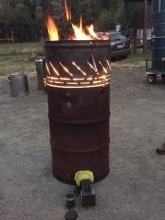 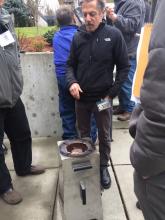 Small scale biochar production and use was discussed at the annual conference of the Engineers in Technical and Humanitarian Opportunities of Service (www.ethoscon.com)

An estimated 2.5 billion people worldwide cook their meals with biomass. ETHOS is an international group of individuals and organizations that promote improved cooking stoves for health, safety, and household energy. The Toplit Updraft or TLUD stoves are efficient and can produce biochar as a co-product of household energy.

Participants were interested in how biochars can be used to remediate soils and improve agriculture. Norman Baker, Sequim, showed how a 55 gallon TLUD can be used to make biochar for growing vegetables and improving nutrition. Paul Anderson (drtlud.com) described 12,000 TLUD stoves in India that product 10 tons of biochar each day. Users receive cash from selling the biochar to a German company, atmosfair gGmbH, which recovers carbon offsets for the energy savings and char to help fund the energy efficient cooking stoves. Art Donnelly, Seachar (seachar.org) demonstrated a new biochar making stove and described how biochar from cooking stoves has been used by coffee workers in Costa Rica. ETHOS participants are among the 1600 partners of the Global Alliance for Clean Cookstoves (cleancookstoves.org) 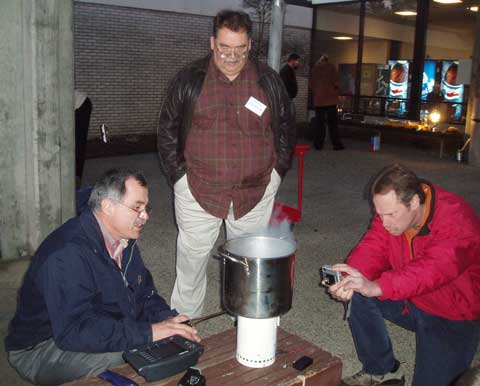 ETHOS 2007 in Seattle was a stimulating and inspiring event. Many thanks to the ETHOS executive committe for organizing it and to the 120 attendees, some who dragged stoves on airplanes to the event. There were many high points during three (for some four) days of meetings which I am sure will be discussed in these forums and on the web for weeks to come. To list a few:

We have seen many new and improved prototype and demonstration stoves on the list this year but stoves are only effective if they are built and used. To get an idea of how many stoves are being built in different areas we'd like to develop a list of this year's "production."

What stoves have been built in large quantities this year? Where? How many?
And by what organizations? Contact? Any number qualifies.

We'll put the list on the web with links to information about the stoves.