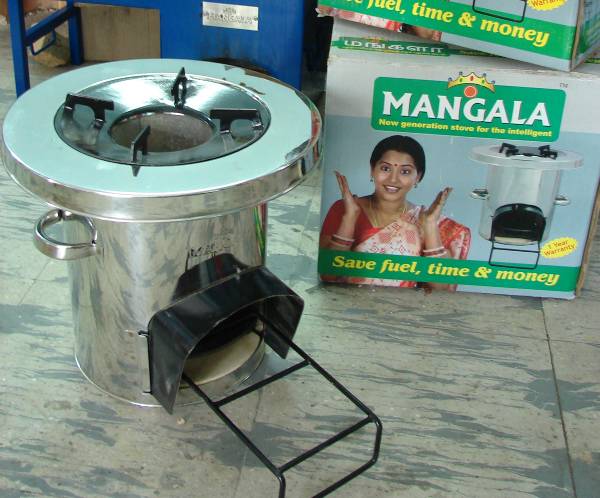 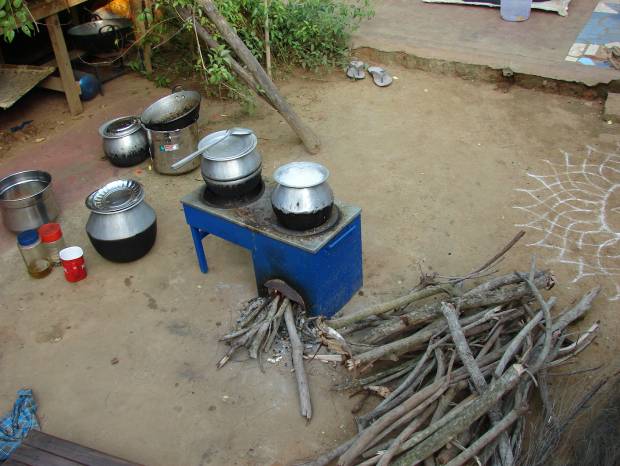 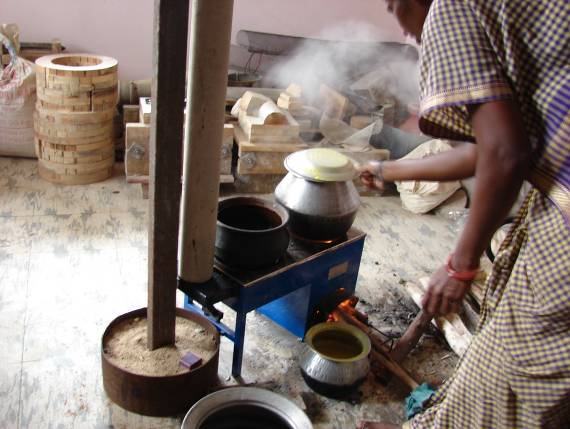 The following is an initial report of the performance of three types of Rocket stoves: a single pot stove, a double pot stove, and a double pot stove with chimney, compared to both the open fire and traditional stoves commonly used in Tamil Nadu, India. The stoves were tested using the Controlled Cooking Test to measure fuel use, carbon monoxide and particulate matter emissions made while local cooks prepare commonly made foods. Portable emissions measurement equipment created by Aprovecho Research Center was used to measure emissions made in both the lab and field. 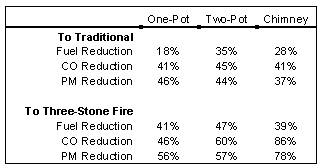 The performance of the traditional stoves might be slightly reduced in homes, as they are frequently fully submerged in the earth and surrounded by mud, lowering both heat
transfer and combustion efficiency.

This data also showed that the same meal cooked on a kerosene stove would cost 3.5
Rupees for the fuel at the current subsidized price of 9 Rupees per Liter. The Rocket
stoves used an average of about 1.5 kilos of firewood to cook the standard meal, while the traditional stoves used an average of 2.2 kilos. The cost of cooking with wood is
dependant on the source of the fuel.

Summary
The Controlled Cooking Test series conducted on the pilot stoves in India was a positive experience. Results showed fuel and emissions savings to be substantial, and generally inline with what was expected from the laboratory design. The portable emission equipment functioned well and was easy to use and unobtrusive to the cooking process.

Observation of the cooking practice was informative, and spending time with the women who will actually use the stove was invaluable. It is hoped that the results of this study can be shared in order to encourage other stove groups to take the time and direct resources needed to conduct field testing in a careful and scientific manner.