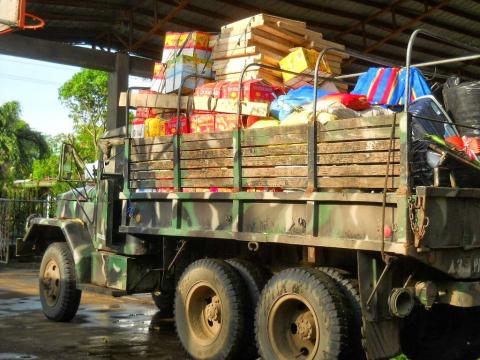 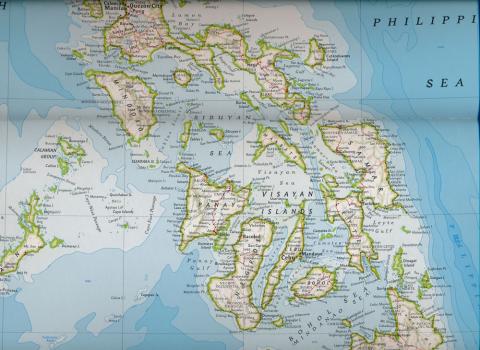 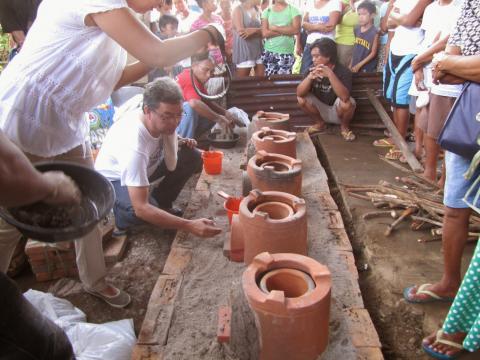 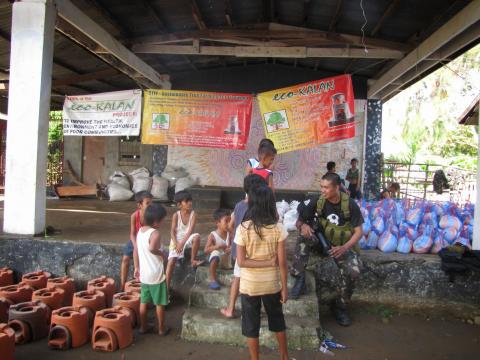 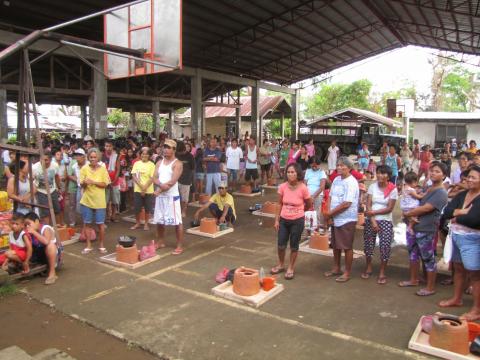 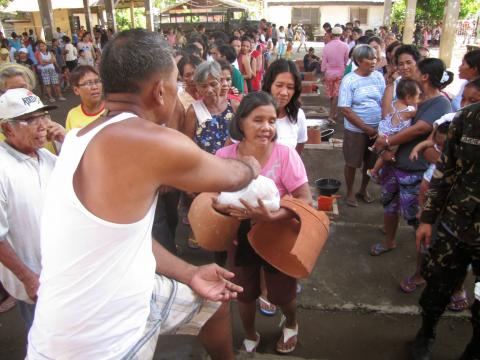 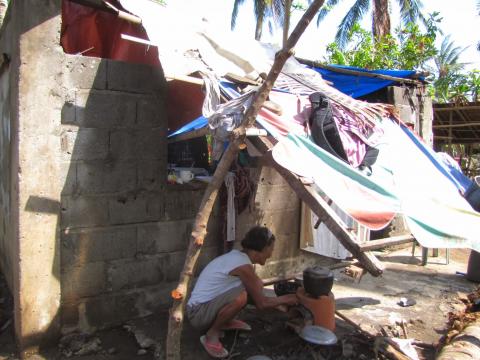 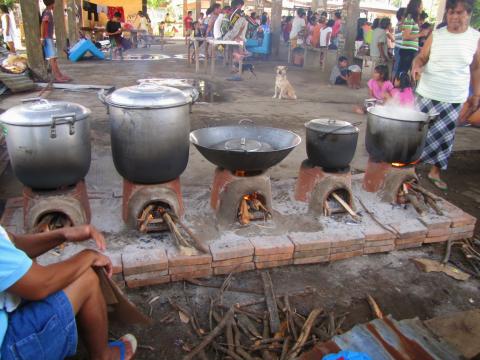 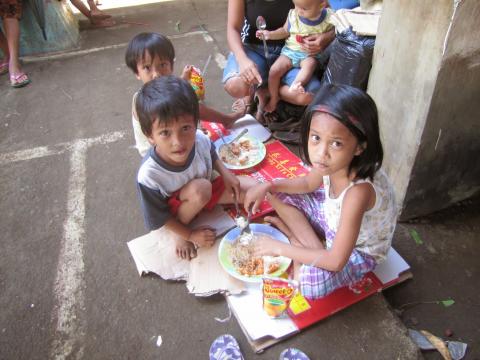 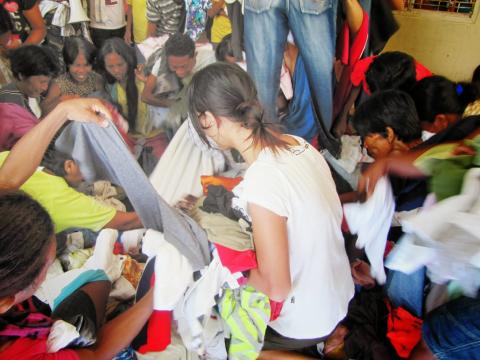 A few weeks after Typhoon Bopha (locally Pablo) struck eastern Mindanao in December 2012, I was introduced electronically to a young Filipina doing graduate studies in Saskatoon, Saskatchewan, Canada. She was fundraising for her home province of Davao Oriental in Vancouver but I was only able to contact her after she returned to Saskatoon. When she learned about the Eco-Kalan, she lamented at the thought of "so much rice donated to the typhoon victims but nothing to cook it with". Her lament has echoed in my mind ever since and it has made me more determined to bring the Eco-Kalan stoves to victims of disasters wherever possible, not by ourselves, but with other organizations that can provide security, reliable transportation, food, drinking water, clothing and building supplies.

When Typhoon Haiyan (or Yolanda) made landfall on Leyte on November 8, 2013, we immediately advised the Emergency Response Team at the Negros Oriental Governor's Office; the Department of Social Welfare and Development in Dumaguete; and our main partner, the 302nd Infantry Brigade of the Philippine Army, of the Eco-Kalan Project's interest to join relief missions to typhoon ravaged communities. Tacloban, Leyte and the northern islands of Cebu were quickly saturated with NGOs and security became a problem so our Project accepted the assignment to Cadiz and Sagay on northern Negros Island where little or no aid had been received. The Eco-Kalan team met with local barangay officials for Cadiz Viejo and Lacawon Island and for Old Sagay to assess the needs there and took photos for documentation (see links below). We also made plans for an Eco-Kalan demonstration and distribution of relief food and clothing in Cadiz Viejo for Lacawon and Cadiz typhoon victims on December 7; and later on December 28 for Old Sagay victims to allow time for the reconstruction of a covered area on a school ground. At each Eco-Kalan demonstration, an Emergency Eco-Kalan-C Kitchen is set-up with 10 stoves each.; and 150 householders are trained in the set-up and use of the Eco-Kalan (see demonstration photos below). These trainees will be the demonstrators at the Eco-Kalan presentations on January 11, 2014 for 670 households from Lacawon Island and Cadiz Viejo; and on January 25 for the 500 or more of the 2,082 affected households in Old Sagay, depending on donations we receive. Lacawon Island will be given 5 Eco-Kalan-C to set-up an Emergency Kitchen of their own. The Emergency Eco-Kalan-C Kitchen is an essential and necessary component of our demonstrations and presentations as nothing appeals more to the poor and hungry than the delicious aroma of the food we cook on the stove they are given.

Regarding the pots and woks we use in the Emergency Kitchen, the Barangay Councils for Cadiz Viejo, Lacawon and Old Sagay have requested the donation of a 48-L pot ($55) for the beans; a 33-L pot ($47) for the rice and a 25" diameter wok ($63). All three utensils can be purchased in Dumaguete for $165 and could be presented to the 3 communities on January 11/25, 2014. I will be very happy to receive your donations.

The Eco-Kalan Project is most grateful to the 302nd Infantry Brigade for creating a place for the Project in relief missions to Typhoon Haiyan (Yolanda) victims; for packing hundreds of eco-kalans; and for transporting these stoves and kitchen equipment and supplies from Dumaguete on the southern tip of Negros to the Sagay base of the 303rd Infantry Brigade on the northern tip of Negros Island. We also give thanks to our new partner, the 303rd Infantry Brigade for security and transportation service and assistance at demonstration events in Cadiz and Sagay. We are deeply touched by the generosity of the Dumaguete citizens who sent donations of food and clothing to all Yolanda disaster areas and we are thankful to our partner, ONCAN (Oriental Negros Children's Advocacy Network) for ensuring that the affected communities of Cadiz Viejo, Lacawon Island and Old Sagay received a share of the donations.

I believe we, stovers, have a vital role in humanitarian relief missions. It is my hope that many more of us will be drawn to this type of activity. I will be in Dumaguete (Felipa Beach) January 6 - February 13. You are welcome to visit.