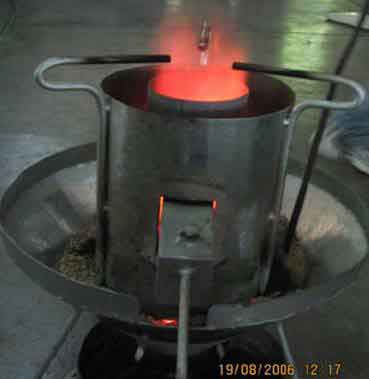 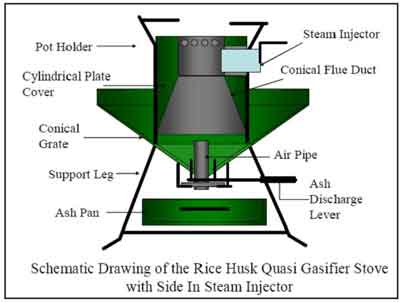 The stove, as schematically shown, consists of a conical grate in inverted position having a grate area of 0.04 m2, a cylindrical plate cover having a dimension of 0.2 m diameter by 28 cm high, a conical and cylindrical flue duct that receives burning gases and directs it to the pot, a secondary air pipe that is centrally located in the grate, an ash discharge lever to remove burnt rice husk during operation, a pan to collect ashes that is falling from the grate, a support stand, and a pot holder. Steam is injected at the side of the cylindrical cover through the cylindrical flue duct that is located above the conical duct. By injecting steam, a more improved flame is generated during the burning of gases. 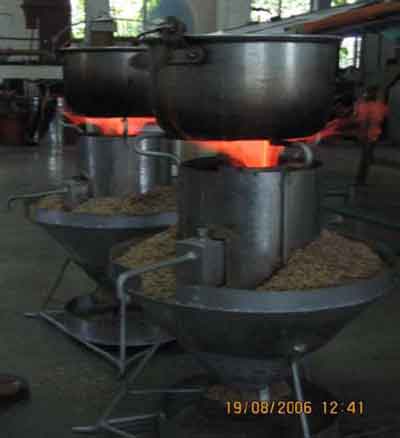