It is a low cost and simple to construct, modular design.
The pot and the module and act as one unit to cook, serve, hold and dispense. 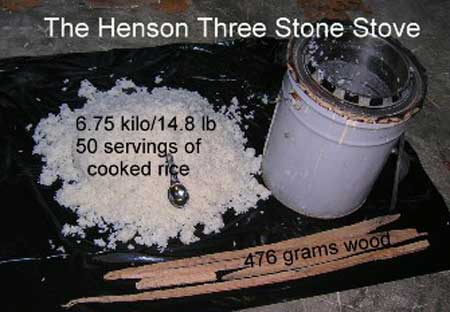 Only 476 grams of wood cooks 6.75 kilos of cooked rice. A tablespoon is shown for scale. 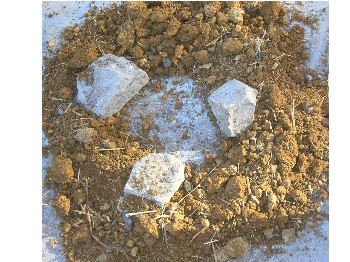 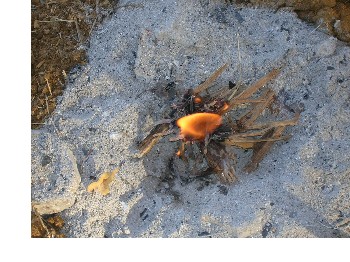 Dirt and ash were used to create an ash nest.
Three stones were sunken in the ash nest. The stove sat on the stones and gaps between the stones were opened and closed as needed to maintain a small clean burning fire. 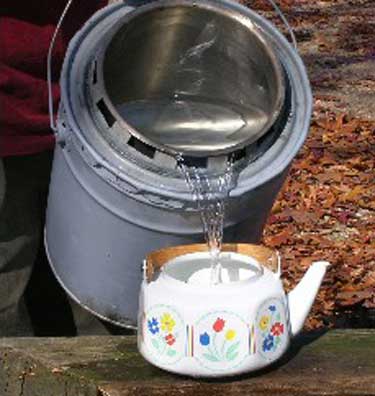 Dispensing hot water is easy and safe from the Three Stone Stove/Pot Module. 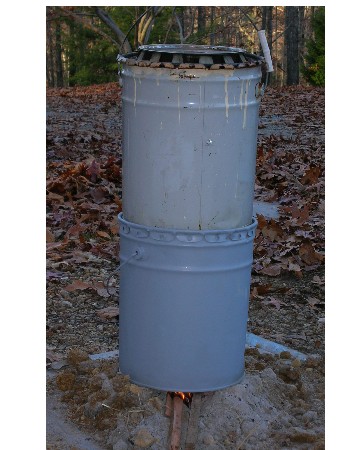 Pot Modules stack and work with other types of burners. 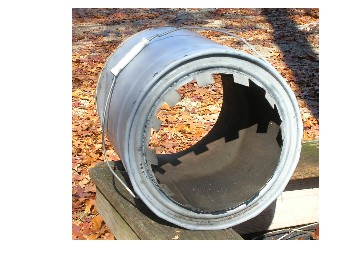 They are simple to build.


We have been shown that an open fire can have clean combustion but utilizing the heat from an open three stone fire can be difficult especially in windy conditions.

The Three Stone Stove utilizes heat from an open fire by focusing
capturing and retaining heat.

Focus:
- The pot is close enough to the fire to have a large view of the radient heat.
- The inner shell of the stove has a narrow gap for the exhaust which forces convection on to the pot.
- The parabolic shape of the ash nest focuses radiant heat up from the sides on to the bottom of the pot.

Capture:
- The ash nest shelters the fire from the wind an directs the heat to the pot.
- It is the thermal mass of the water/food in the pot that holds most of the heat.
- The inner shell actually has a low thermal mass.
- An empty stove cools sooner than a stove with hot water.

Retain/Hold:
- The stove body is insulated.
- And can seal the airflow after cooking.
- The modular design minimizes heat loss while dispensing.
- This stove was designed for use by people in developing areas.

Also use this stove for camping, emergency, disaster and off-grid living.