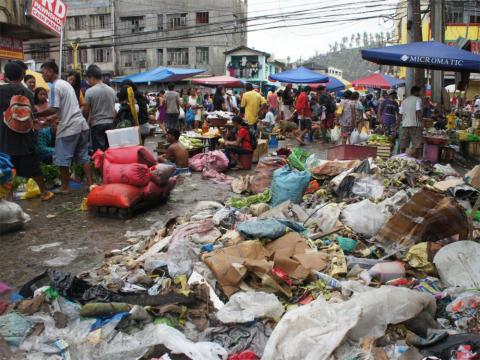 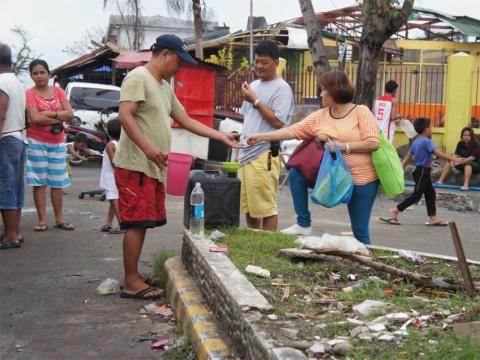 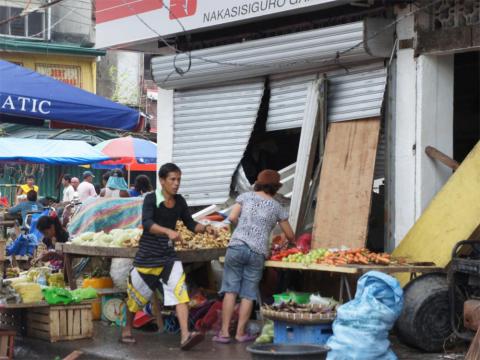 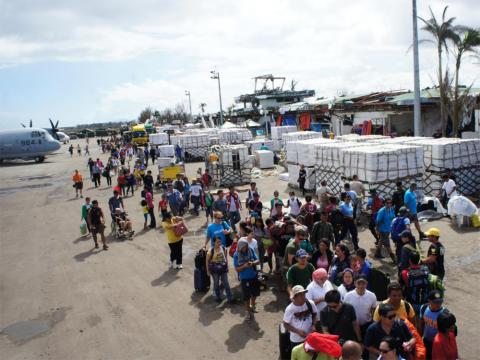 Dear Friends
As of this writing, it was just three hours since I was back from Tacloban City. I took the 13:40 flight of the Air Asia.
The following are the impressions I gathered from the trip. My observations were limited to only the city center from November 23 to 24, 2013 and through a distant observer’s point of view. However, I was not able to capture the anguish, and despair of the aftermath.

The Save the Children International

The response team of the SCI is well organized. They deployed a whole unit consisting of foreign and local staff coming from Australia, Singapore, Spain and their local counterparts. They rented a small hotel that has barely survived the disaster which has become their command center.

My coming to Tacloban is a personal initiative and unofficially that of the Save the Children. Somehow I managed to get myself into the hotel through the Filipino personnel and friends and had a good accommodation for two days and one night (while bending the protocols). The house supervisor, Ruben is in need of electricians, plumber, masons and engineers. Electric power at the hotel is supplied by a diesel powered generator but water has to be fetched from the hand pump across the street and brought to the toilets by each occupant. Everyone is busy with their own tasks.

A Local NGO: The Street Light

I came to know of this group from the Stoves Network Group, from Mr. Otto Formo. On several exchanges of email, he said they support the NGO through their movement at Norway. However, he could not connect me further to the people of the Street Light as he could not contact them either.

I found their office during my walk and was able to talk to Katrin, one of the social workers. Street Light serves street children. To date, according to Katrin, they have more than 100 children of ages 7 to 17 under their care and more than 23 personnel. Their office – dormitory was also ravaged by the waters. It is located at the beach front. We had a short meeting on the morning of November 24.

Katrin told her story during the Typhoon. She described about how the sea water rose up from the coastline rushing all the way past the entire first floor of their building and inwards. At 7:45 am, they had to quickly move up to the second floor of the main building. From the window, they saw how all their neighbours houses were quickly submerged under water. They were only able to go downstairs at 10:30 that morning.

The following day, they saw how the storm surged washed off everything around them. Eight bodies were found by their security guard, Michael at the beach by their building. Mr. Allan, their supervisor was able to keep safe the children under their care. He is now with them at the orphanage at Samal Island in Davao City. They all agree that the number of street children and orphans will rise because of this disaster.

A Pilot Project: A Food and Fuel Recovery Engine

I refer to this project an engine because it has several component parts and each part strictly connects to another to produce a common output plus several side outputs. The concept of this project was built upon that of permaculture. I randomly (or there may be a bigger theory over these) picked up a few and they are as follows: (1) turning the problems into solutions, (2) creating connectivity of the elements (3) every element serves more than one purpose, (4) and that they support and get support from one another in more than one connection.

After circulating a portfolio of possible projects in response to the disaster, a Senior Manager of the Save the Children, remarked that they are interested to integrate the projects into the recovery program but needs more details about the costs. Another field personnel of SCI in Tacloban remarked that such technologies are very much relevant more on the rural areas that in the cities. He anticipates that the recovery period may last up to three years and so there is still much to do. He observed that people are still very much shaken by the trauma. Piles of debris are everywhere and they do not know what to do with it. He would see people after cleaning would burn the wood piles to get rid of the trash. The debris on the roads is also hauled off by the bulldozers and trucks to a certain dumpsite. He agrees that such debris is a resource for fuel and food production. He anticipates that hunger is still very much around and will not easily pass away. Food aid is a temporary relief. November is a planting season and March is the normal harvest season. Therefore, food scarcity is expected until beyond March of next year.

Katrin and Michael of the Street Light also welcome a project that will teach new life skills to the children that they are helping. They would want that the children become better person and thus will bring the change to their families as soon as they are reintegrated. They will immediately discuss the matter with their chief of office, Mr. Allan.

Under the context that was described, I hereby propose a pilot project that will address a multilevel problem with a multilevel solution.

To conclude, as this project mission is on my own initiative. What I could only offer is new set of concepts and putting the concepts into concrete actions and innovations in the theme of permaculture and appropriate technology. I hope that bigger organizations will adopt the lessons learned from this mission and get it on the mainstream. Likewise, I also anticipate learning more from fellow development workers from this episode.

I would like to thank those that donated the funds that made this trip possible. I would also like to thank Lou, Melanie, Ruben and Julius of the Save the Children for the two day accommodation in the hotel. And more than these, I thank those who are in the belief and confidence of what I can do for my fellow Filipinos in distress. To all the prayers and encouragement, I thank you.

As more pledges are still on hold pending the submission of this report, I hereby welcome all your remarks and conversations.

A separate photo gallery will be sent off shortly
A pleasant day to you all.