Drawing and discription of the venturi burner 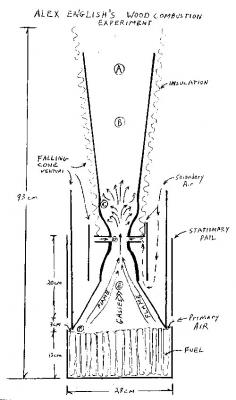 The diagram above shows my attempt to optimize the combustion of the
gasses, using natural draft, from pyrolising wood which is ignited on the
top and pyrolises from the top down. This top down gasification of the
fuel seem to produce a more consistent output than "bottom lit"
fires.

The venturi (point D), with its tangential air supply, sets up a vigorous
turbulence in the region of point C. During start up the flame is less
turbulent and and extends to point B. The fire appears to builds in strength
until a balance is reached between the various gas flow rates. The flame
at point C becomes more turbulent and 'cleaner' ( with allot of blue )
and only occasional excursions to point B.

The flame below the cone extends from high points in the fuel and points
where the cone rests on the fuel supply. The fuel around the outside where
the cone rests is consumed slowly during the burn causing the cone/venturi
to drop until it eventually rests on the bottom of the pail. This is about
the time that the wood in the centre stops pyrolising and begins to burn
as charcoal. The cone sitting on the fuel as it burns maintains a fairly
consistent fuel/gas/flow dynamic.

Measurements were taken at point A. This arrangement has yielded a fairly
steady output based on the appearance of the flame. CO appears to be low
( below 100ppm) beginning with the development of a turbulent flame and
until the fuel has exhausted its volatile component. The smoke test remains
high longer than CO but declines through the burn. CO2 stays within the
10-16% range.

This experiment has proved to my satisfaction that fairly stable high
C02 to CO ratios are possible without using the downdraft configuration. 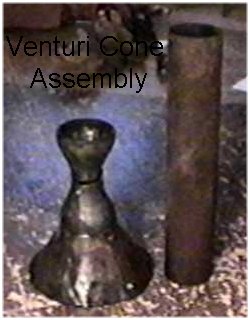 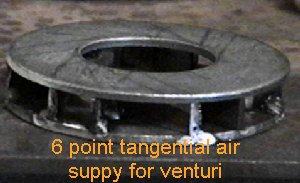 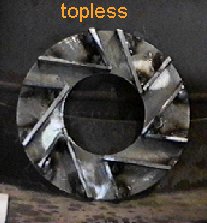